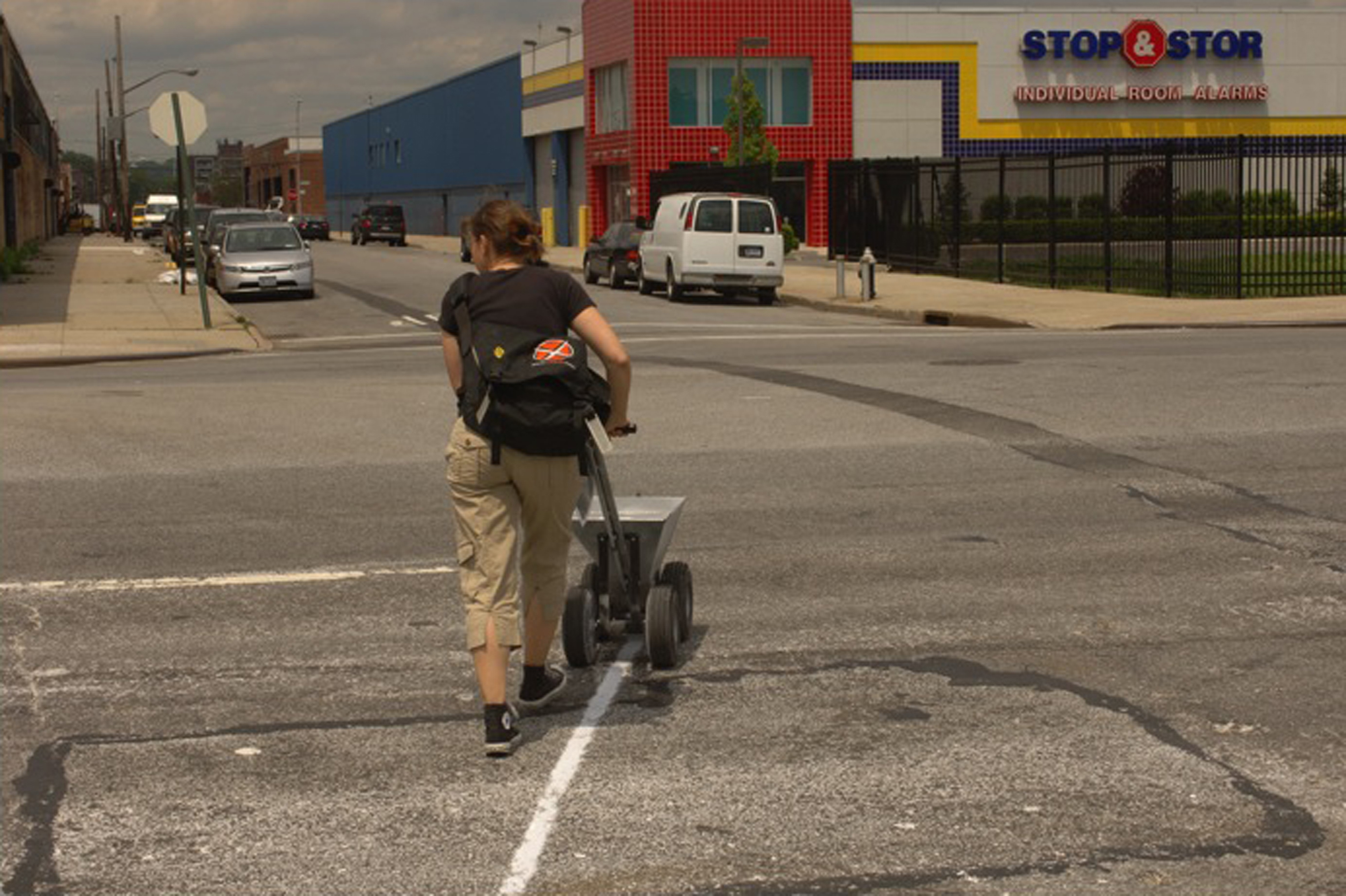 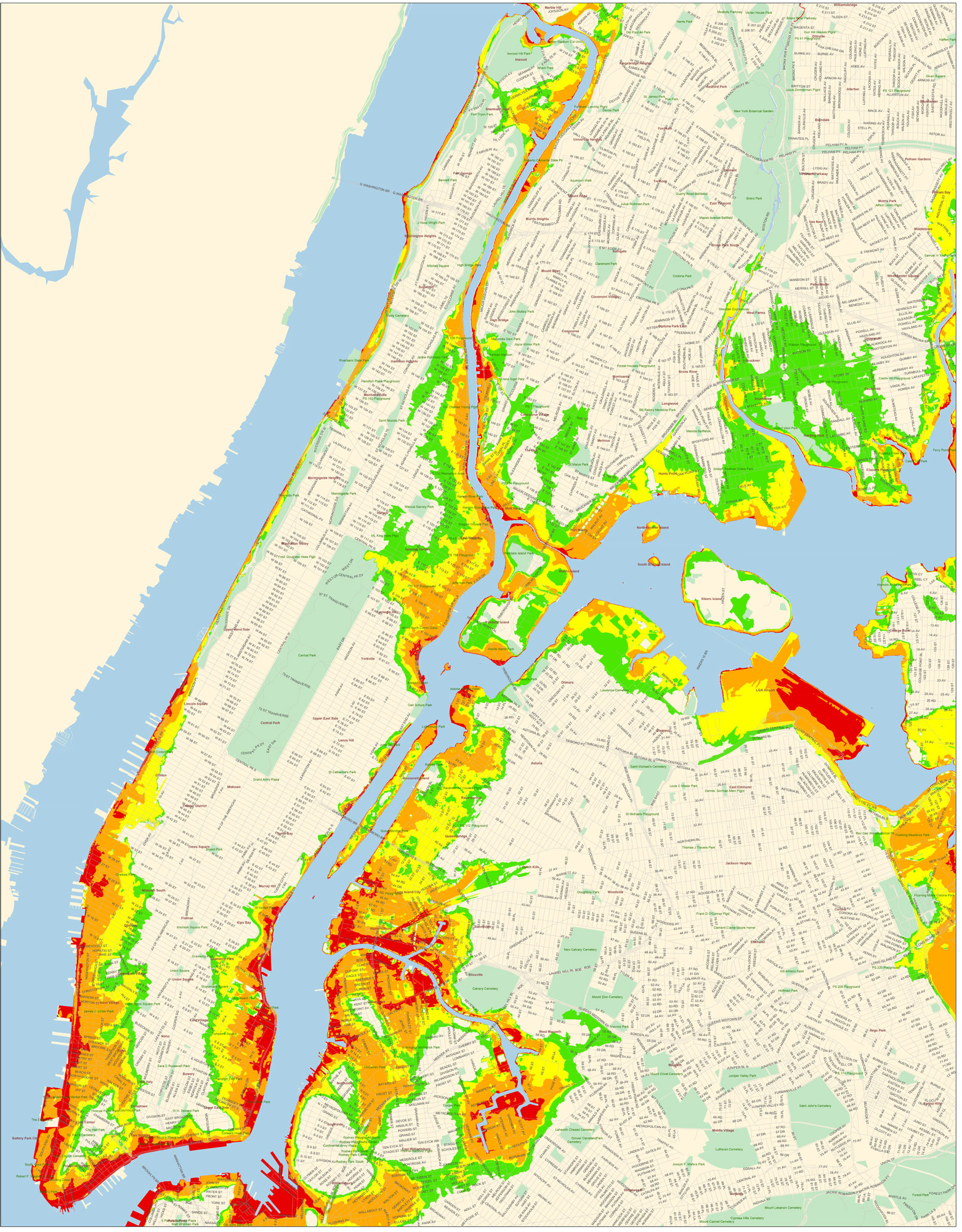 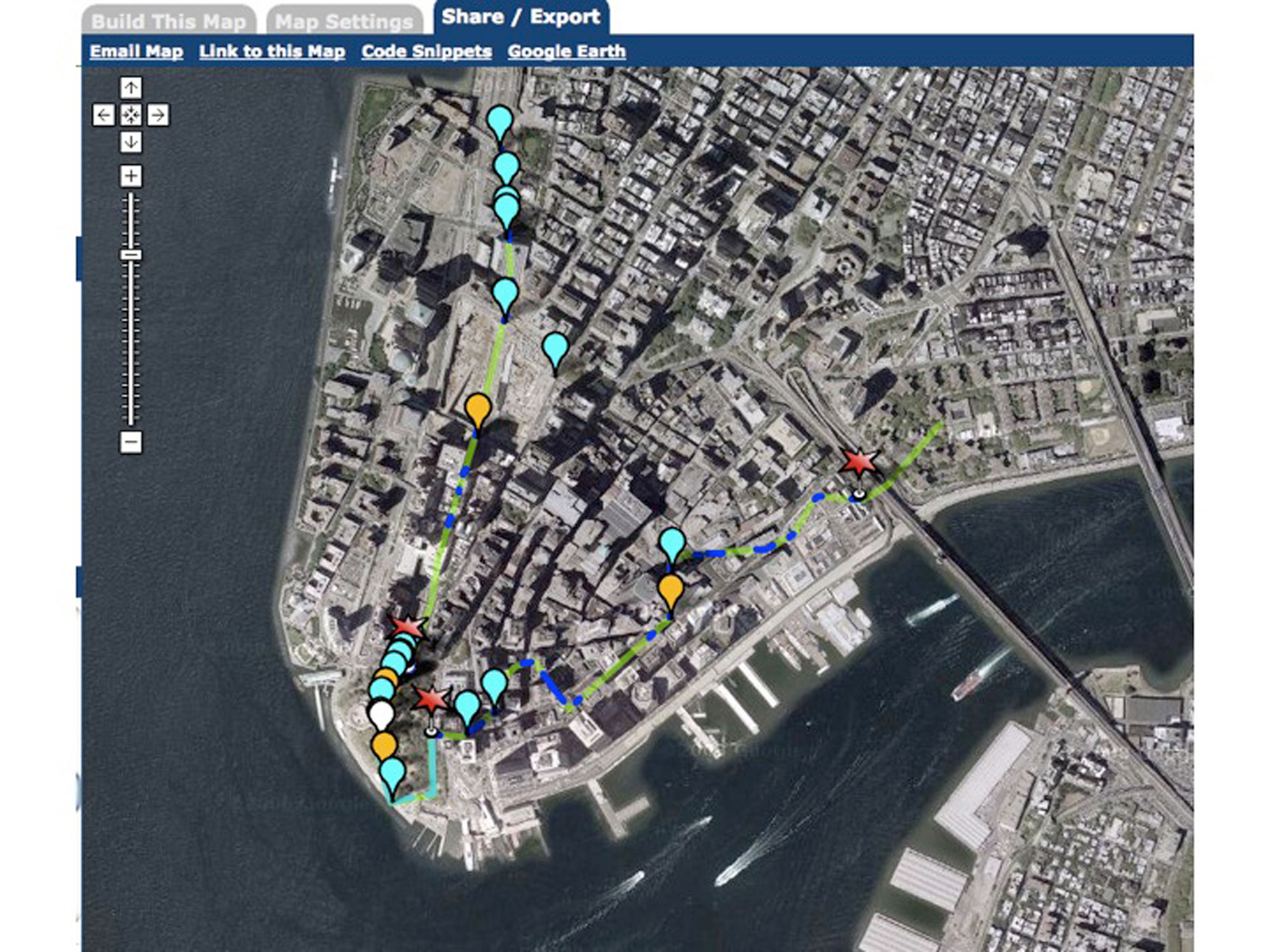 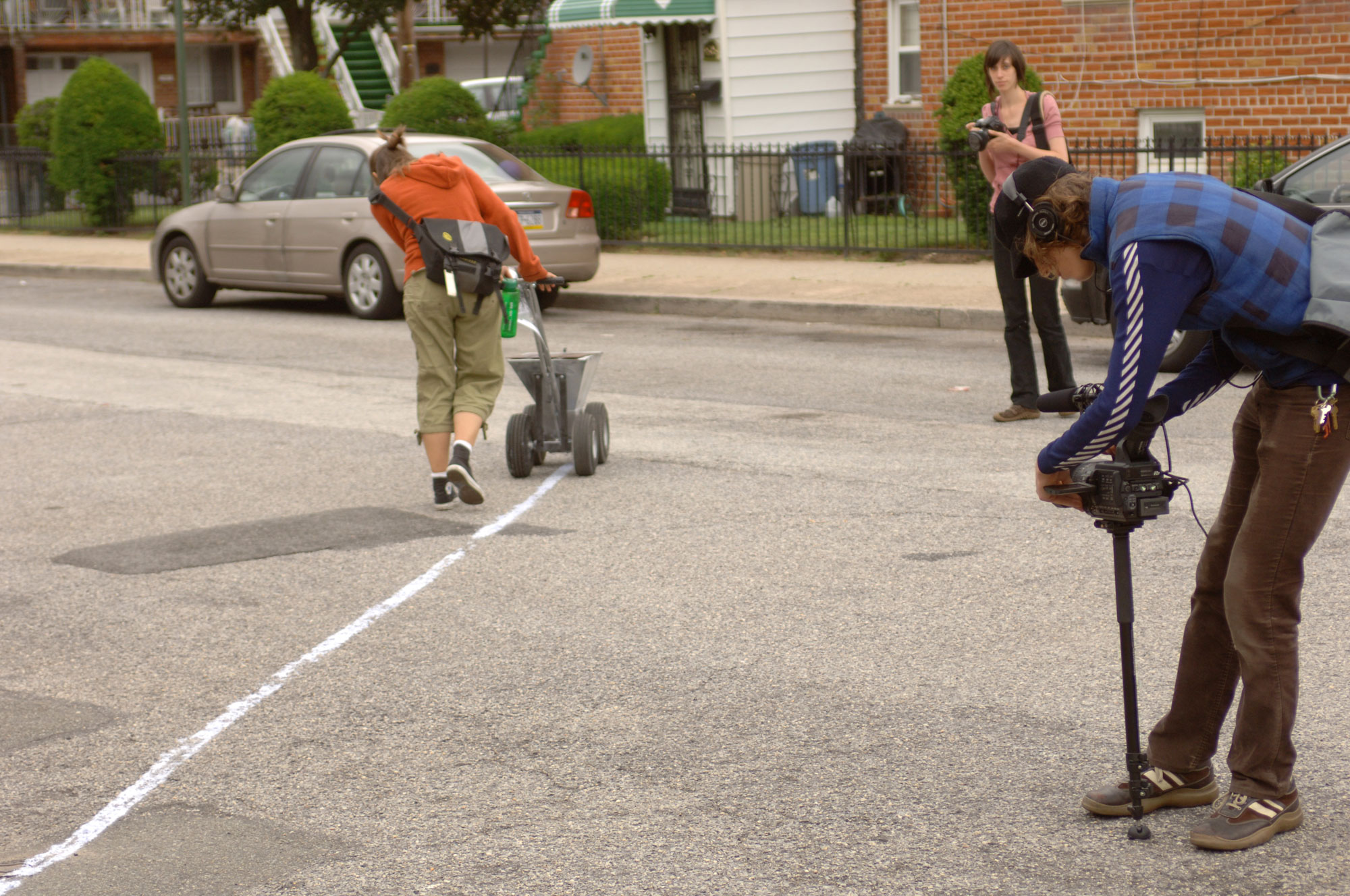 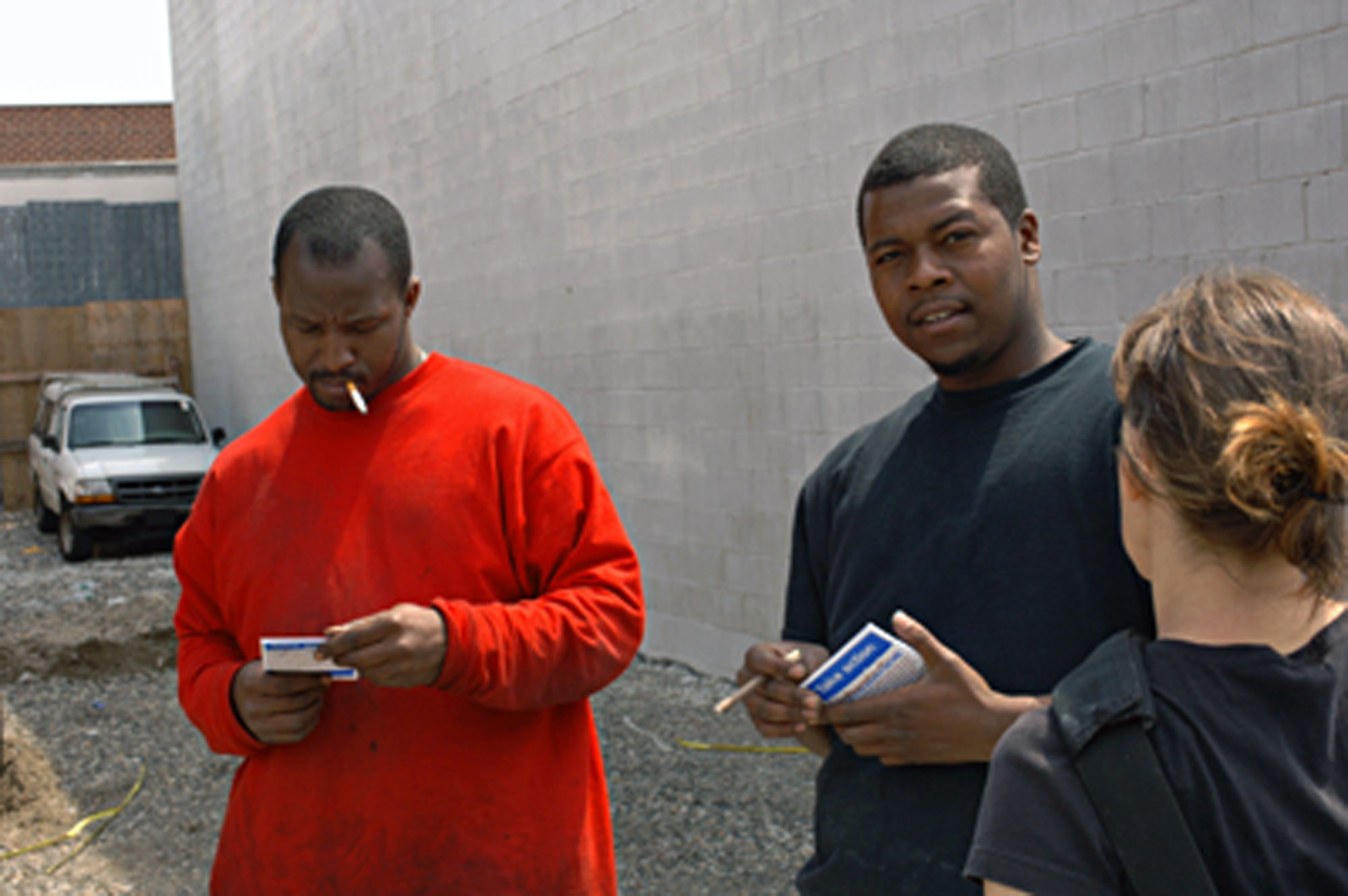 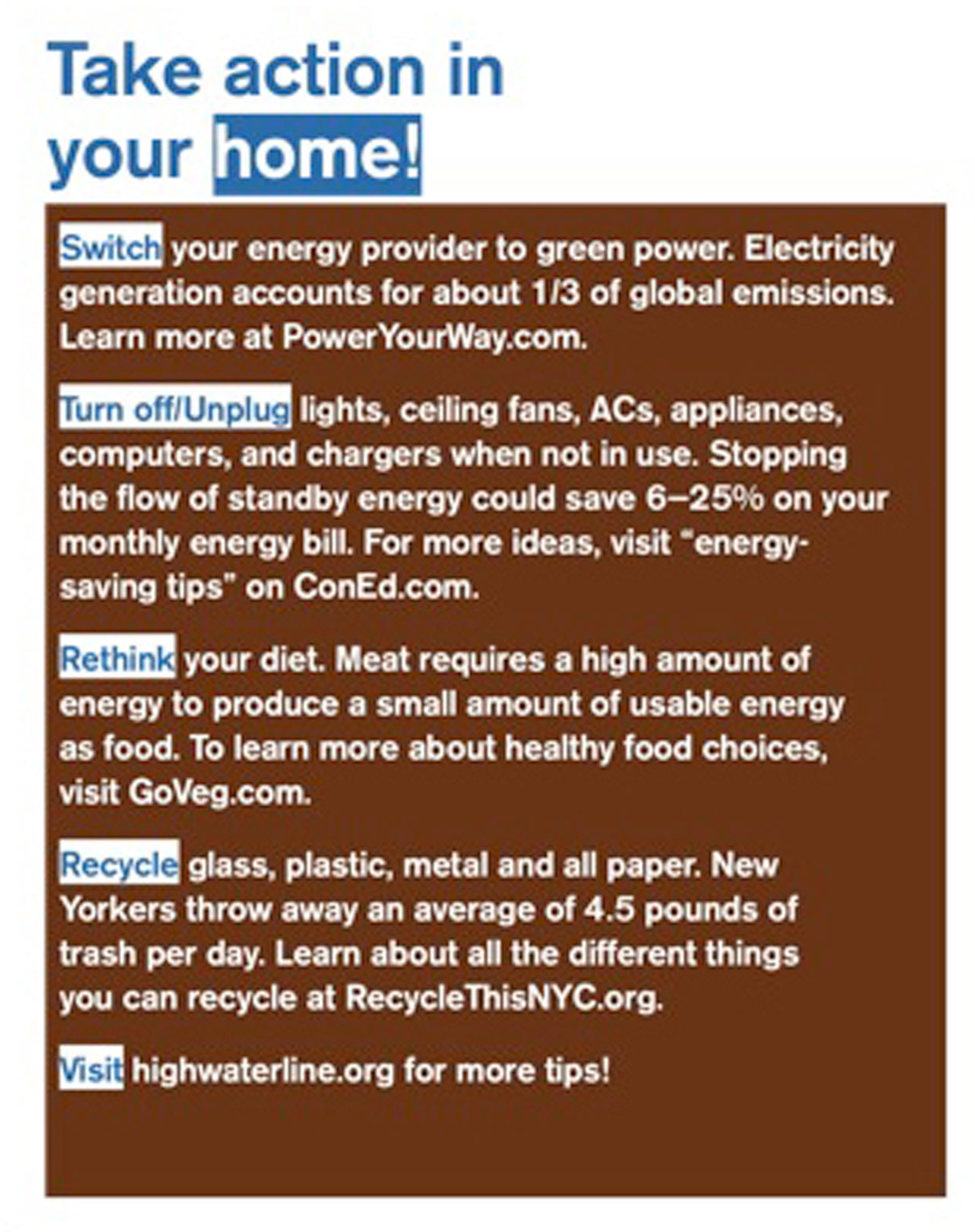 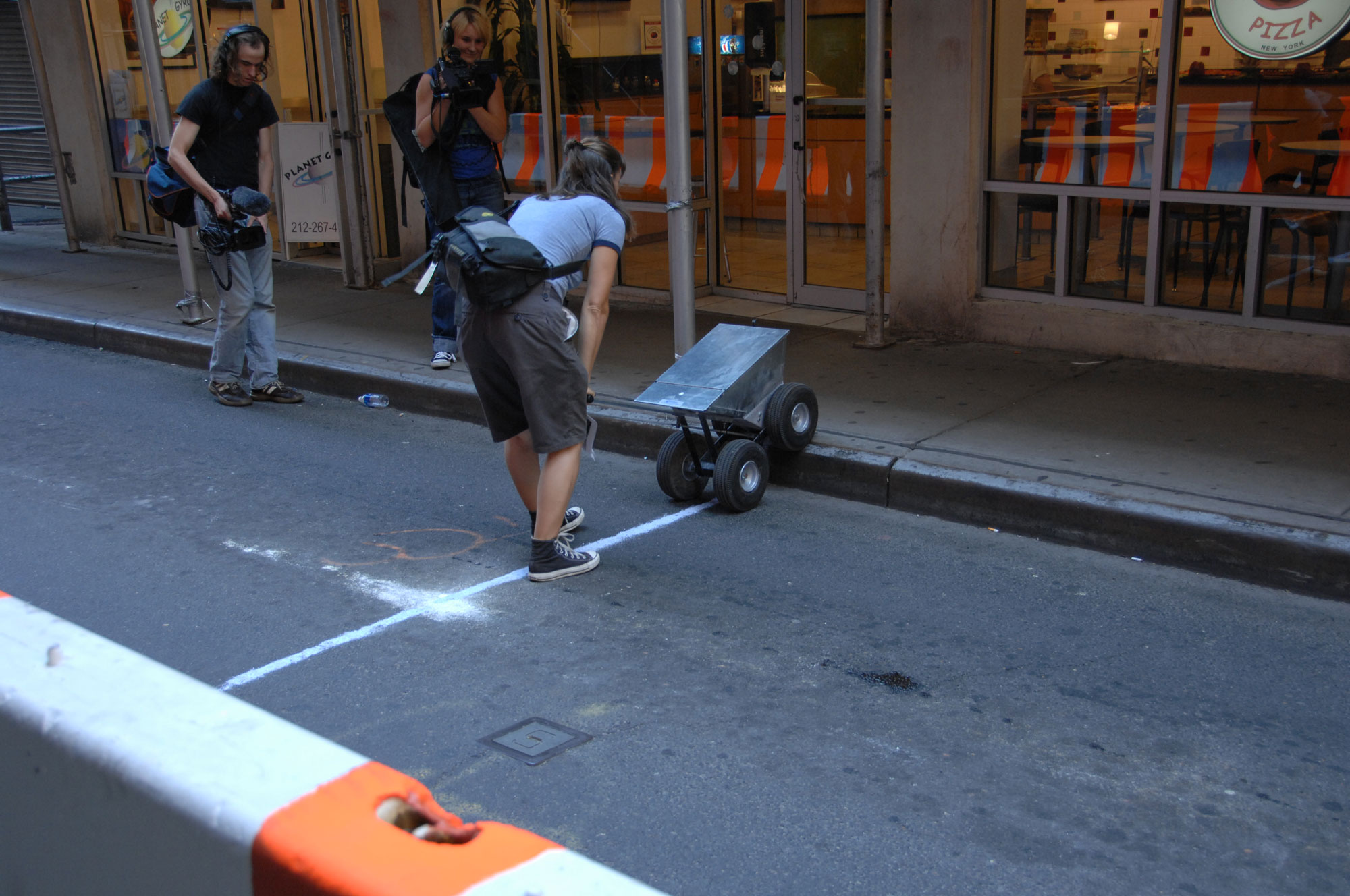 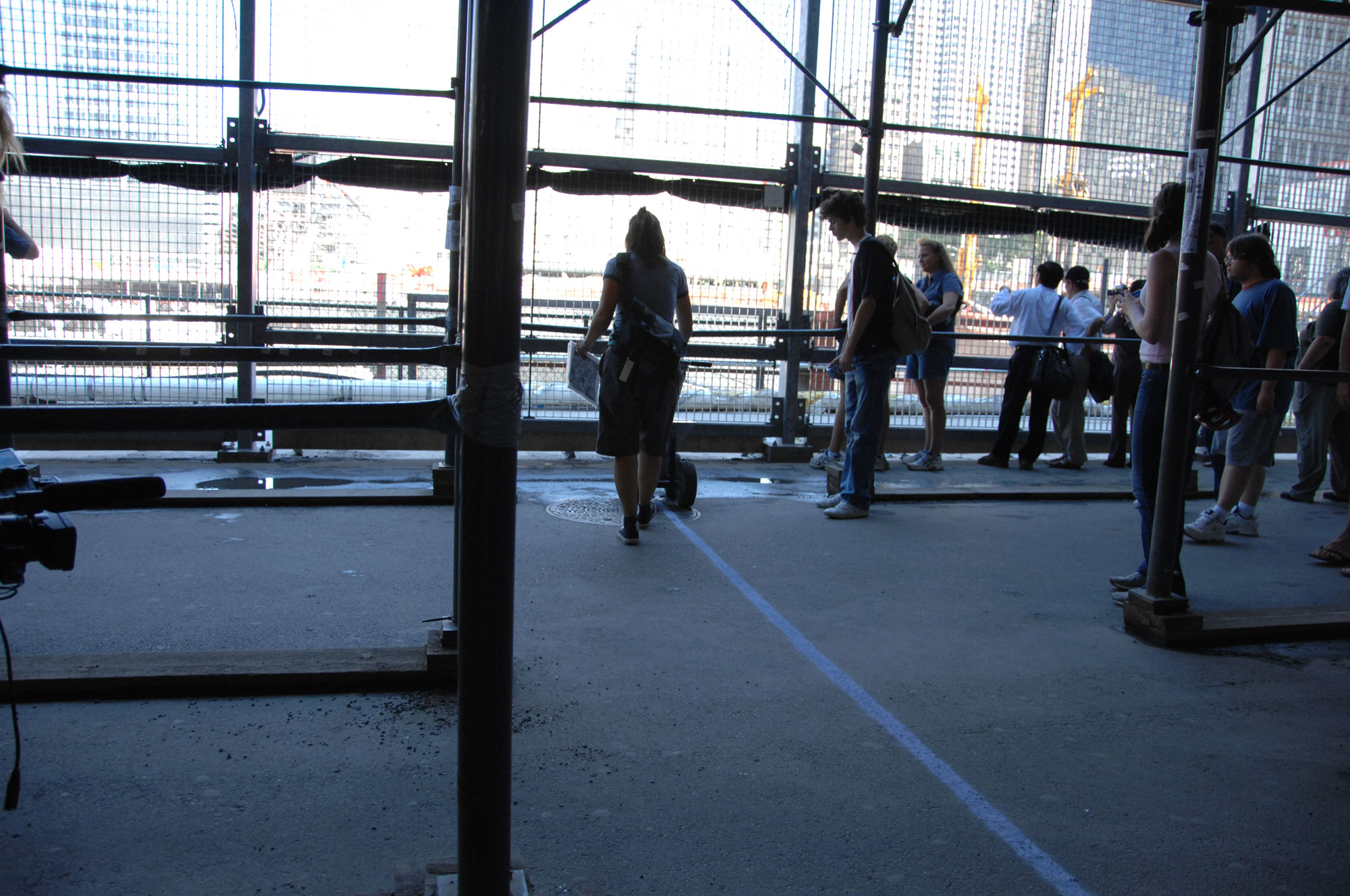 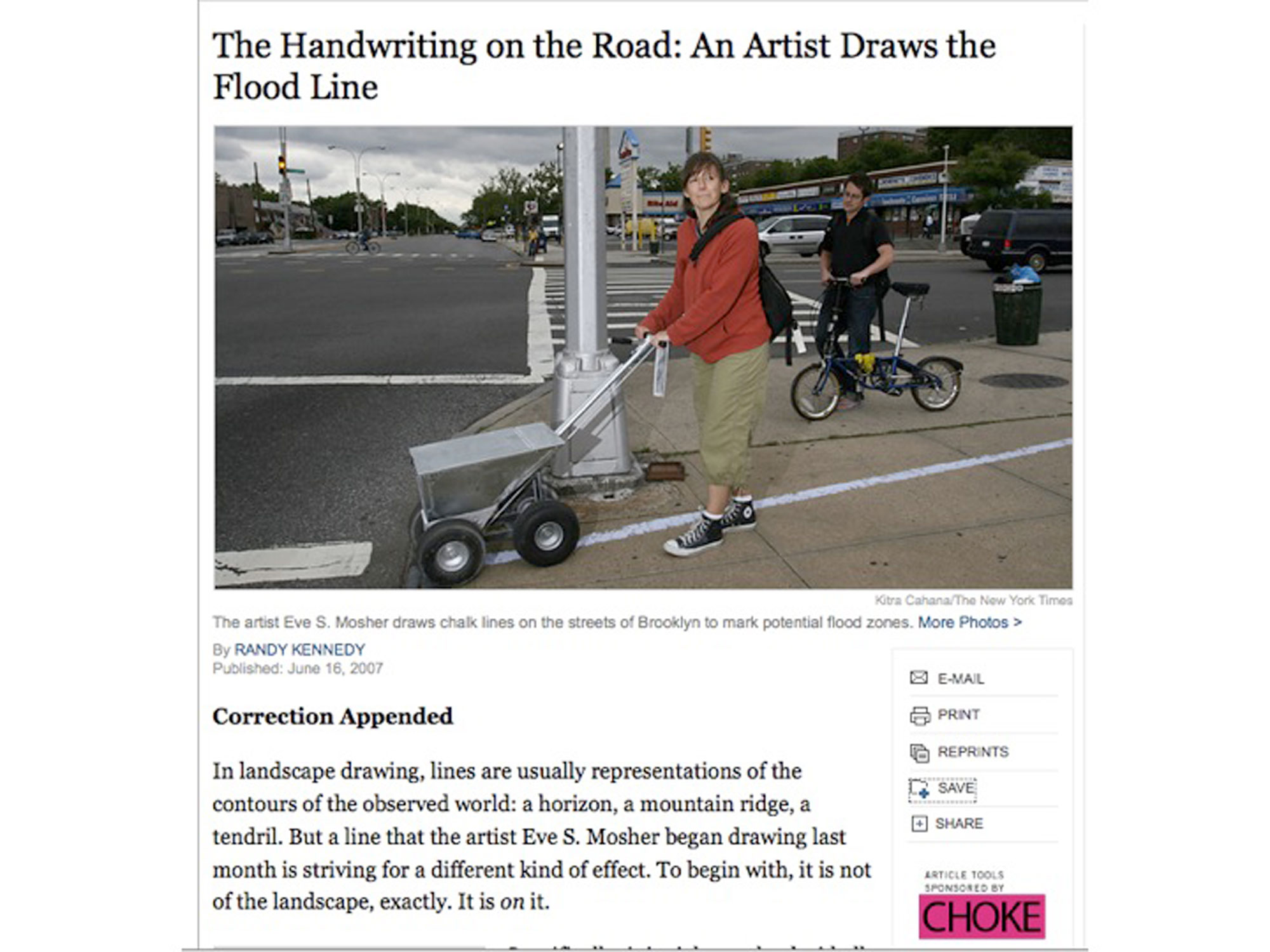 HighWaterLine was a public artwork on the New York city waterfront that created an immediate visual and local understanding of the effects of climate change. Eve Mosher marked the 10-feet above sea level line by drawing a blue chalk line and installing illuminated beacons in parks. The line marks the possible extent of increased flooding brought on by stronger and more frequent storms as a result of climate change.  During the summer of 2007, Eve walked, chalked and marked almost 70 miles of coastline. As Eve was out in the public creating the work, she had a chance to engage in conversations about climate change and its potential impacts.  The Canary Project assisted Eve with documentation (including filming and editing a movie about the project), publicity, content editing, organizing meetings with relevant scientists, research, studio space and volunteers.